Which grain grows in Austria?

In Austria, grain is grown on an area of around 800,000 hectares. This accounts for a significant portion of Austria’s arable land used for agriculture. Before we go into the individual types of grain that grow in Austria, we would like to say something about cereal cultivation in general. Namely, a distinction is made in the cultivation of grain between winter and summer cereals

Winter cereals are usually sown in the fall – from September on – and harvested from mid-June on of the following year.

Summer cereals are sown in spring and are ready for harvesting only a few months later.

But now back to the original question: Which grain grows in Austria?

By far the most commonly grown grain is common wheat. This type of wheat has favorable growing conditions in certain parts of Austria (central/eastern Lower Austria and northern/middle Burgenland).

The second most common crop in Austria is corn. Many regions in Lower Austria, Upper Austria and Styria are suitable for growing corn. A distinction is made between grain corn and silage corn (the latter is mostly used as animal feed).

In terms of quantity, the cultivation of barley is relatively far ahead in Austria. Winter barley is mainly used as animal feed, while barley grown in summer is mostly used as malting barley.

In Austria, in addition to common wheat, corn and barley in larger quantities also grows: 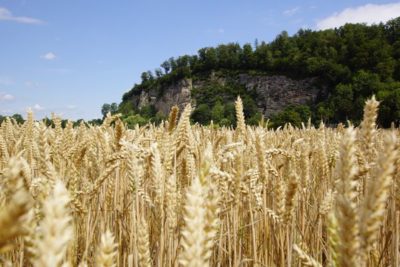 As we can see, in Austria grows quite a range of different grains.

And we also give you the opportunity to take Austrian grain in organic quality to your Salzburg grain mill. We offer you six different types of grain. Here you can have a look at them >>

If you have any questions, wishes or suggestions, please do not hesitate to contact us. Just send an e-mail to: j.fuschelberger@agrisan.at . You are also welcome to leave us a comment.

This was:Which grain grows in Austria?

PrevPrevious postWhat can be done with bran?
Next postAdvantages of a seasonal dietNext