Combine sweet with berries – why?

When we think of sweets like chocolate or gummy bears, or cakes and pies, most of us are probably aware that we should only enjoy them in moderation. If we consume carbohydrates only in the form of single, double or just free sugar, it enters the blood very quickly and we subsequently have a very rapid and very high rise in blood sugar. This can bring adverse health effects. By the way, this is not only the case with “sweets”, for example, white bread or cornflakes are also part of it. 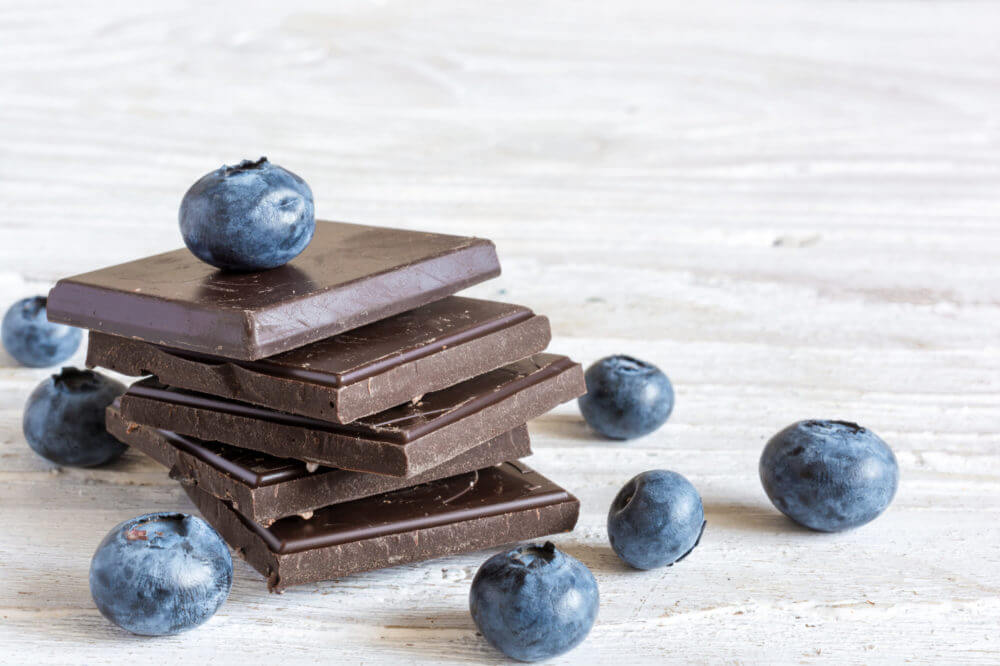 And now for the berries. In addition to their valuable and important vitamins and minerals, berries bring with them a blood sugar regulating effect with their secondary plant substances and fiber. So not only are they quite healthy in themselves, but they can even reduce negative effects on blood sugar levels from eating sweets or white flour products at the same time, for example.

There are two significant studies[1] in this context, and we would like to present one[2] to you in more detail: Two groups were studied. Group A received a puree consisting of 150 g of berries and 35 g of added sugar. Group B likewise received 35 g of added sugar and also the amount of glucose and fructose that would normally be found in the berries. Both groups thus consumed exactly the same type and amount of sugar. When the blood glucose levels of the test subjects were measured after half an hour, those of group A (berries and sugar) were significantly lower than those of group B (sugar only). After 1.5 hours, the blood glucose level of group B (sugar only) then fell even below the baseline value measured before sugar consumption. Group B was therefore hypoglycemic. In contrast, the blood glucose level of group A never dropped below baseline throughout the study.

That is, although both groups had consumed the same amount of sugar, the blood glucose level of group A (berries and sugar) did not rise as high and did not fall as sharply and quickly as that of the sugar-only group.

So what we conclude is that we should combine sweet with berries. From now on, if we also eat a handful of blueberries with every piece of chocolate we snack on, it may not only taste good, but also have a beneficial effect on our health.

And if you want to know even more about the blood sugar spike and what the “second-meal effect” is, we have
here is the right article for you >>

More about the
Dietary fiber >>

More about the
secondary plant substances >>